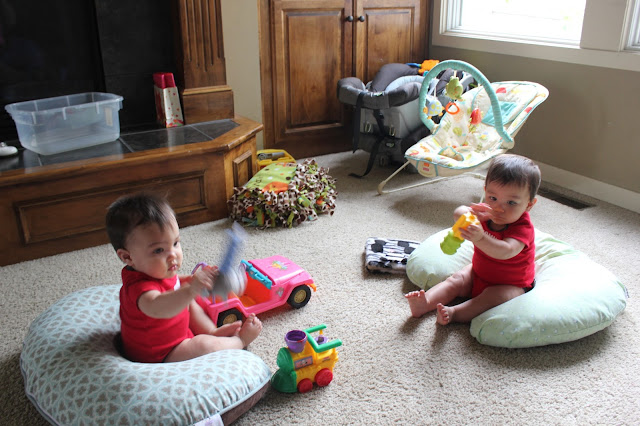 Hudson & Beckham are sitting up now, sometimes with the help of a Boppy and sometimes without.  They are moving all over by rolling and crawling and they always seem to be headed in opposite directions! 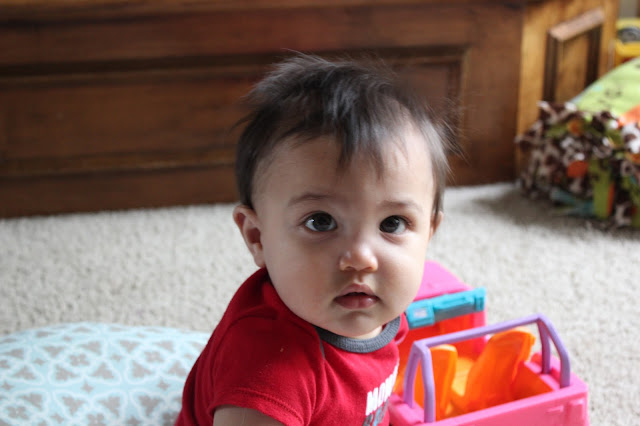 Hudson is quick to smile.  He laughs and giggles very easily, has a lot of quick movements and screams for joy at the top of his lungs...a lot!  He eats everything I offer him, and banks his sippy cup to make loud noises.  He has a sense of humor, he will catch your eye and then cover his eyes and laugh like he is playing peek-a-boo!  At night he wants to snuggle and then will change his mind and want to get down again and crawl around, only to reach up to me to be snuggled again.  I think there is just so much he wants to do he can not decide.  I love you Huddy Buddy! 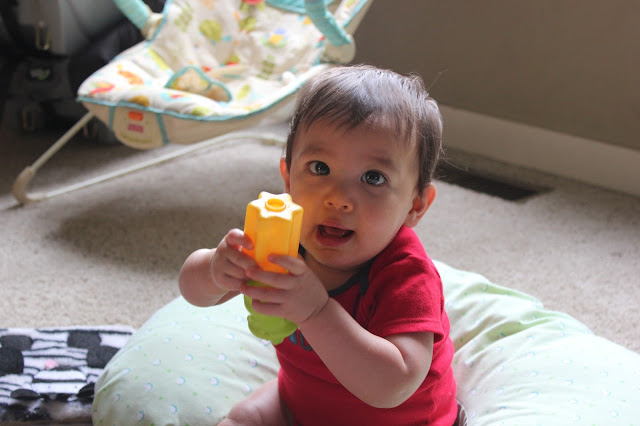 Beckham is very intense.  He watches and takes in everything.  He has learned the sign language that I have been showing them, all of a sudden he started copying me and I didn't even think he had been paying attention!  He is quieter than his brother, but when he has something to say he sounds closer to words.  He does everything slowly, but deliberately.  When I put cheerios on his tray he picks them up one at a time, with his thumb and pointer finger, and puts them perfectly into his mouth.  Then he'll look at me and smile.  He loves to cuddle and stroke my arm, he is very loving.  He kisses us on the cheek, it is very deliberate and he holds you back, which I have never seen in a baby before.  I love you Becky Buddy! 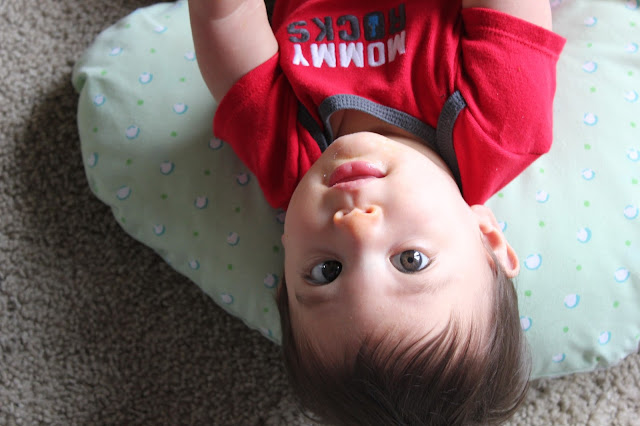 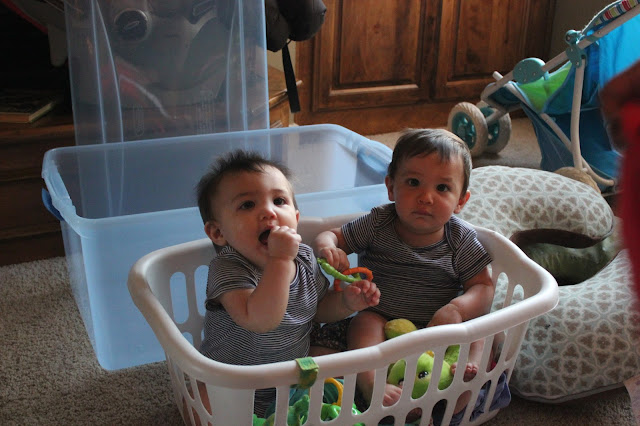 As twins I see how easy you are together.  If one of you kicks the other one, there is no shock or crying.  If one of you takes a toy from the other, then another toy is just reached for or the original toy is taken back and forth for a little while.  When you are in your high chairs, often Beckham will reach his hand across to Hudson and then Hudson will put his hand in Beck's and they will sit like that for a while.  It is such a beautiful thing to watch, I tear up a lot when you do that because I want it to last forever.  I am so excited for your future and the wonderful relationship of this brotherhood that I see in front of my eyes.

I remember so well a year ago when we still didn't know if the birthmother was carrying girls, boys or boy/girl twins.  I always said I didn't care, but deep down inside I was really routing for 2 boys!  I love my girls and love being a part of the sisterhood with them, but I was excited to have boys also, knowing they could be rough and tumble with each other and that their little personalities would add a dimension in our household that we did not have.

What I never expected was the sweetness that they would show for each other.  The pats on the back and the cheek.  The soft brushing of a brothers hair or handing a cheerio over.  There is such a tenderness between the two of them, I am in awe of their closeness even now.  I thank God for these two beautiful boys and the opportunity I have to be witness to their love for each other.
Posted by maureen at 10:18 AM