We arrived at Village Creek Bible Camp on Sunday evening.  The first thing that happened as we drove up to The Lodge where we were staying is that a nice man came up to the car, introduced himself and asked how he could help us.  I thought he worked at the camp, I found out later that Kallan and his brother Kelvin and Kelvin's wife Daniella had purposely come early so they could be helpful to the other families just arriving!  What a blessing these three were for our family.

I don't know if I am the only one who came to camp worried about how it would all work out.

I worried if our family would be excepted since I am a single woman with all of these children.

I worried that maybe everyone else would be so conservative that they would judge us, and that maybe we wouldn't even be dressed right.

I worried that may be, some wouldn't be as open to the idea of adoption and would not be accepting to all of my children.

These worries kept me up at night, for weeks before we left for camp.

Even as we drove into the camp, my heart was beating so fast.  What were we doing here?  Why was I putting my children through this?  Surely we would be excluded from most everything...no one would talk to us...people would stare...we would feel dejected and have to leave and go home early!

But that is not at all what we found!  And of course, God was in all of the details!

After Kallan and his brother helped us move into our room, the girls and I thanked them and got right down to organizing our space!  The girls each claimed their beds and dressers.  We put our clothes and linens away and then set the beds up for the boys.

Dinner was served at 5:30pm in the Dining Hall.  Each family sat at a table for their family, but it was obvious that many people had been there before and were already happily greeting each other and hugging and smiling all around.

Many people came up to us and welcomed us!  The best part of the night for me was when a group of beautiful young women came up to us and asked if they could hold the twins.  They were all from the same family and had read our blog, so they knew about the boys and our whole story!!  WOW!  I have never met someone who reads this blog, so that was really exciting!

At 7pm everyone walked over to the Gym/Auditorium to hear the Keynote Speakers for the night!  Every night for the next 4 nights we would hear wonderful music played by families at the camp.  The Bontrager Family and the Wissman Family.  The Craig Family and the Johnson Family.  And many more!  What beautiful, holy music!  It was such an encouragement, so filled with Christ and light and joy! 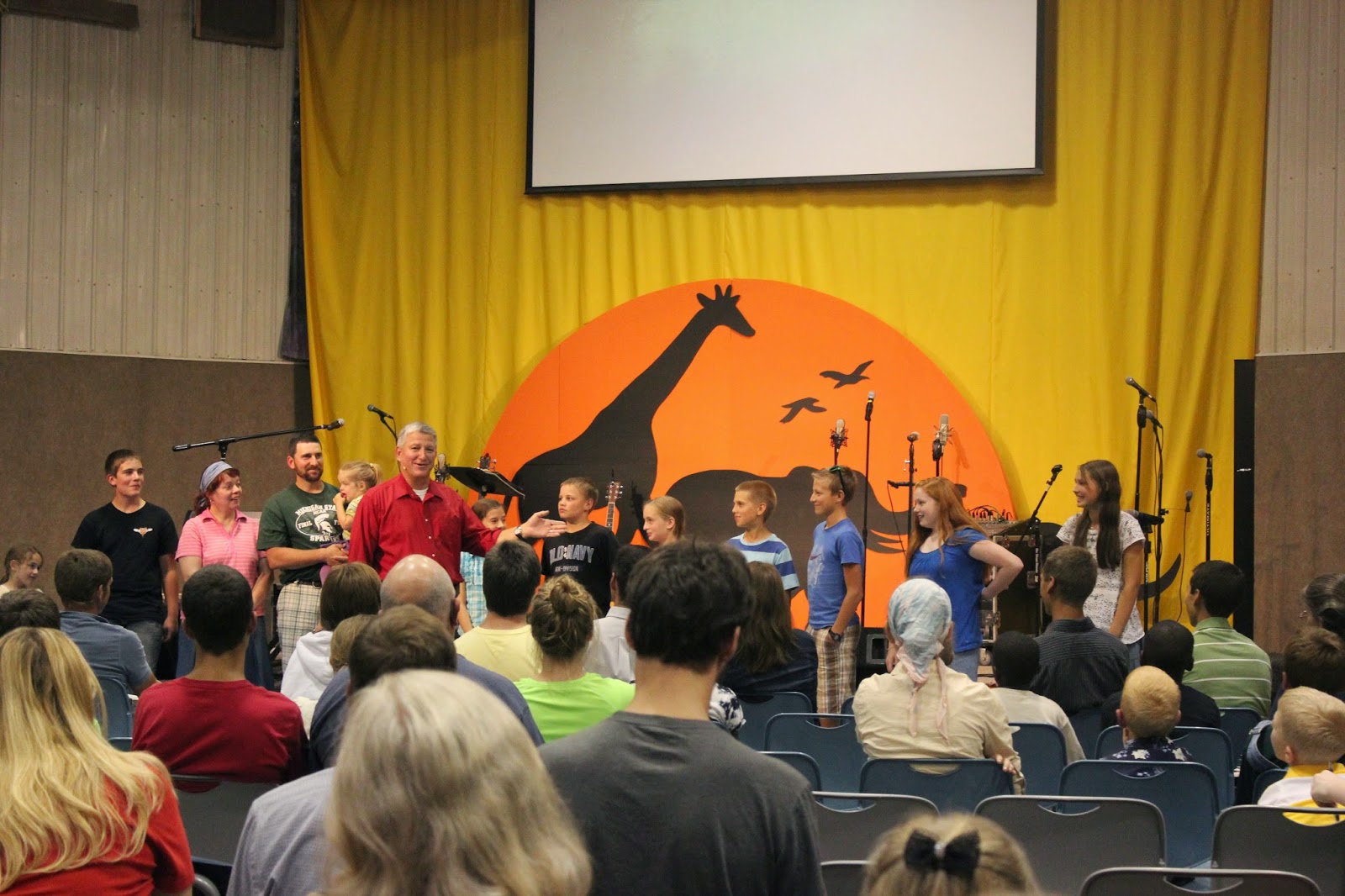 Loren Wissman speaking during one of the evening sessions. 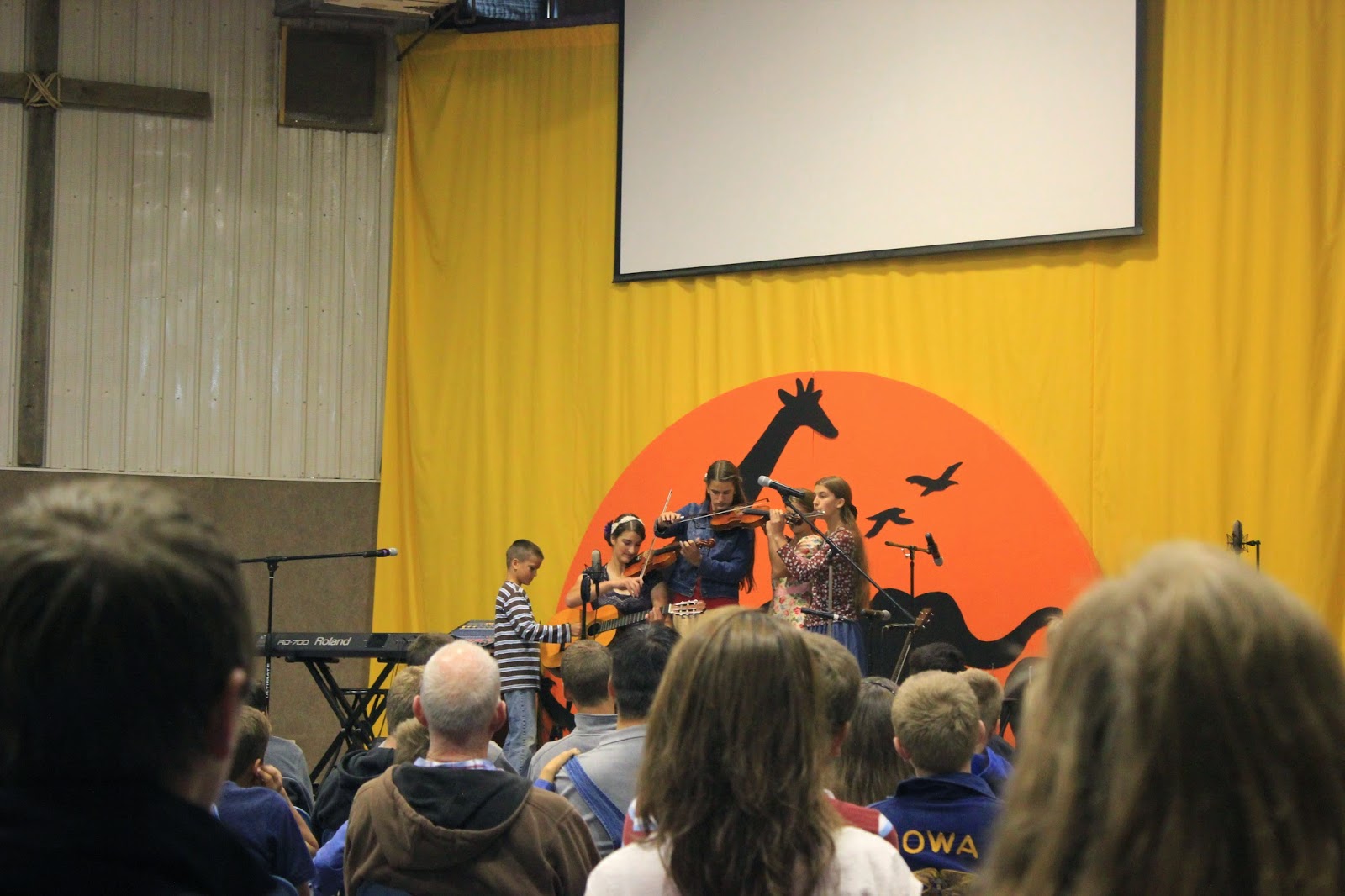 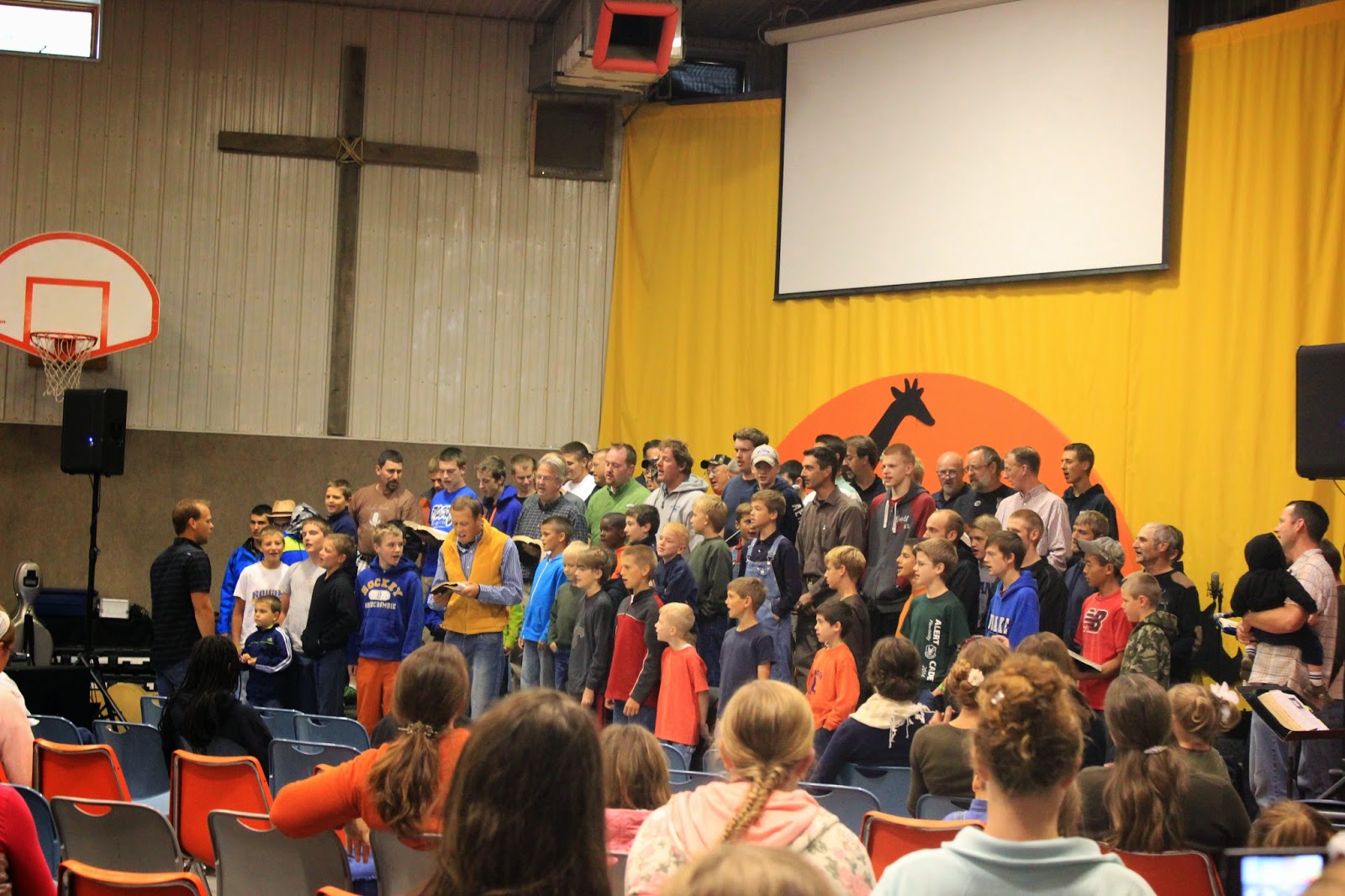 All of the Men & Boys.  They were awesome!

I am so glad we went out of our comfort zone and went to camp!  We all felt loved and included and learned so much from all of the speakers.

I especially loved a talk by Ruth Wissman about her Mission trip to Mongolia.  She has such passion for the people there and God used her in such a personal way there to get His Word out!  I am so grateful for her sharing this time in her life with all of us.

No matter what season we are in, God knows us, He sees us, and He needs us to be obedient to Him so His people can be reached for His Glory!
Posted by maureen at 5:09 PM